I have the "A debugger has been found running in your system. Please unload it from your memory and restart the program." and I can't seem to fix it.

I tried unloading processes from my computer until i accidentally got the wrong one and had to restart. I repeated this process several times to no avail. No matter what I close there always seems to be a debugger open. I'm very distraught over this whole situation and I just want to figure out what to close to get my computer to open Bandicam.

I'm using Windows 7 and I was wondering if anyone knows what processes are likely debuggers? Is there anything I should be looking for specifically to end process on? If anyone needs me to, I can even upload an entire list of all the processes from my computer when I get home and you can help me figure it out, if you would even want to.

I just want to get to the bottom of this, Bandicam is the only recording solution that's going to work for my PC and I really need it to work. Does anyone have any ideas? Any input would be greatly appreciated.

Here, I'm home now and I took three screenshots of all my processes from all users. This is literally all of my active processes unless the debugger opened after the screenshots, which I don't see why it would. Sorry about the random header in the middle of the processes.

Can someone please tell me which, if any, of my processes is stopping Bandicam from opening?

To whoever helps, if anyone, thank you so much.

We're sorry that we don't have a good solution.

Please uninstall a suspicious program on your computer.

Well hey, are there any tools you suggest to use, free or otherwise, that you think might be able to find the suspicious program? Preferably free lol but just wondering. If not I'll try to figure it out myself over time, but it might take me a long time. 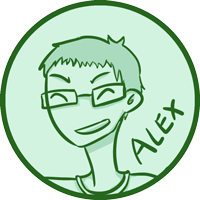 Do you have any antivirus software running?
If not, then I recommend getting BitDefender Free Antivirus and do a full system scan with it.

There might be some spyware lurking around on the computer that is a "debugger".
Norwegian translator for Bandicam.

Thank you LazehPanda for your reply, same to Bandicam.

If nobody can see what it is on my processes list, then it's probably spyware. I have no antivirus software running because of issues exactly like this. I have windows firewall up, but I tried disabling that and it didn't help.

It must be spyware, thanks for the suggestion on antivirus software. When I get home today I will try using the free software to scan for spyware and hopefully that will fix the problem. If not you'll probably hear back from me.

Thanks for the replies.

BitDefender is good at detecting that sort of stuff, so I think it will work fine. It also doesn't use much resources while running in the background.
Norwegian translator for Bandicam.

if you can, try uninstalling it via control panel->porgrams & features -> search for the aplication

if it isn't listed in there, in task manager, right click the process and select open file location
Check what folder it is in (a specific game or sth) and see if you need to keep anything in that folder, otherwise delete it all

You also didn't show all processes running, so there could very well be more

Cipher wrote:You also didn't show all processes running, so there could very well be more

He did, scroll down on the picture and notice that the "Image name" and such shows up twice. Also, normally "SYSTEM" processes aren't shown unless you check "Show processes from all users", he also added that as a caption on the image.
Norwegian translator for Bandicam.

Cipher wrote:You also didn't show all processes running, so there could very well be more

He did, scroll down on the picture and notice that the "Image name" and such shows up twice. Also, normally "SYSTEM" processes aren't shown unless you check "Show processes from all users", he also added that as a caption on the image.

Oh wauw that is weird, i thought the scrollbar was from the picture

don't really see any other malicious processes, but if it still doesn't work, a very easy test that will most likely work, is to boot windows into safe mode, and then launch up bandicam and test it out, if it works then you know it's some fishy software running on your account

Users browsing this forum: No registered users and 9 guests