Previously when I recorded my videos on Bandicam, I would always make sure that my game audio and my microphone were recorded in separate channels so that way I can easily adjust the volume of one another in a video editor (to make sure one isn't louder than another).

This is a problem because I accidentally did a recording where the game audio was significantly louder than my voice, drowning it out completely and there was nothing I could do about it. That footage was unusable and I had to cut it out completely. This was because I thought that it would keep the same volume but I was wrong. So I put it to full volume and did another recording. Now the problem was that my microphone was way too loud and kept clipping.

I don't want to tediously trial and error different volumes to ensure that the audios are balanced properly, so I would like to know if there is any way possible that I can separate my microphone audio from my game audio like I was able to do in older versions of Bandicam. Thank you for reading and I'm glad to hear a response!

Re: How to Record Game Audio and Microphone Separately in New Bandicam Version

You can record the audio tracks separately by using the same settings as previous versions of Bandicam.
Please set as below. 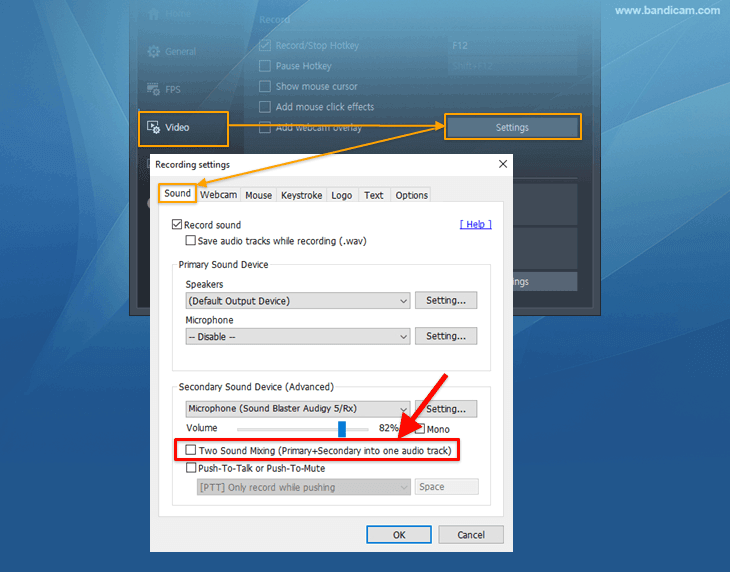